Dark spots, discolored patches and other forms of hyperpigmentation may not be dangerous, but that doesn’t mean you want them on your skin.

Hyperpigmentation makes your skin look uneven even when it’s at its smoothest.

It’s notoriously difficult to treat — but that doesn’t mean you’re stuck with it forever.

Read on to find out more about hyperpigmentation and learn how to get rid of it once and for all.

Hyperpigmentation has many different causes, from environmental to medical to genetic. Here’s a quick overview.

When the sun’s UV rays shine on your skin, your melanocytes (melanin cells) become activated.

Melanin is the compound that gives your skin its pigment. The more densely-packed your melanocytes are, the darker that area of your skin appears.

Sun exposure causes the melanocytes in the exposed areas of your skin to multiply, resulting in hyperpigmentation in those areas.

Pregnancy has a lot of unexpected effects on the body. And one of these is increased melanin production, resulting in hyperpigmentation.

It’s believed that the melanin increase is caused by hormones, but the exact hormone responsible is still unknown. Some doctors believe that estrogen is responsible, while others believe that it’s progesterone or another female sex hormone.

Certain medications, including antimalarials, antibiotics, chemotherapy drugs and anti-seizure drugs, can cause hyperpigmentation as a side effect.

And various medical conditions, including Addison’s disease and hyperthyroidism, can also cause hyperpigmentation.

Hyperpigmentation can also occur naturally as you age.

Though your melanocyte count decreases as you get older, the melanocytes that remain become much larger and tend to cluster together. This results in more prominent hyperpigmented patches that grow with age.

Sunspots and Other Spots

Also known as age spots, liver spots or solar lentigines, sunspots are most common on older individuals or those who spend a lot of time exposed to UV rays.

They’re small, dark spots that typically appear on the most-exposed areas of the body: the face, neck, chest, shoulders, hands and arms.

Sunspots typically appear in clusters and often resemble large freckles. Depending on their age and severity, they may appear barely darker than the surrounding skin or as dark as moles.

Melasma refers to hyperpigmentation that’s caused by hormones. It often appears during pregnancy but can also be caused by birth control, other medications or various health conditions.

Unlike sunspots, melasma generally appears in patches rather than distinct spots. These patches are often grayish-brown in color and most frequently appear on the forehead, upper lip, cheeks and stomach.

When your skin becomes inflamed or injured, the melanocytes in the affected area are activated. This causes the wound to become darker than the surrounding skin, an effect that’s known as post-inflammatory hyperpigmentation (or PIH).

Insect bites, scratches, cuts, blisters and pimples can all cause PIH.

On the face, it’s most commonly the result of acne. Breakouts can damage your skin cells, causing your melanocytes to activate and remain active even after the breakout clears.

Sick of living with hyperpigmentation? Try one of these home remedies to even out your skin tone and feel good about your complexion again.

You probably have apple cider vinegar in your pantry, but it’s time to start keeping some with your skincare products, too!

Apple cider vinegar contains acetic acid, which has been shown to have lightening effects on the skin.

To use it, simply combine equal parts apple cider vinegar and water, then soak a cotton ball in the mixture and apply it to your dark spots once or twice a day.

Leave the vinegar on your skin for two to three minutes, then rinse with lukewarm water. You should start seeing results within a few weeks.

Lactic acid is a key ingredient in many skincare products. It’s an excellent exfoliant that reveals new, unblemished skin after use.

But lactic acid comes from a surprisingly common source: milk.

You can also use yogurt instead of milk, and some believe that the probiotics found in it are even more effective at reducing hyperpigmentation. Apply a layer of plain, full-fat yogurt to your face for 20 minutes a day to put its powers to work.

Green tea is well-known for its antioxidant properties, but it’s also great at lightening the skin thanks to its melanin-inhibiting properties..

You’ll see the best results if you take a green tea extract supplement. But you can also use regular green tea bags as a topical treatment.

Steep a bag of green tea in boiling water for around 5 minutes, then remove the bag and let it cool. When it’s cooled down, rub it gently over your dark areas.

Do this once or twice a day for several weeks and you’ll start to see your hyperpigmentation become less severe.

Vitamin C is important for so many reasons, and hyperpigmentation is one of them.

Apply a vitamin C serum to your dark areas according to the label’s instructions. Make sure you protect your skin with sunscreen or the vitamin C won’t be effective at lightening your skin.

Aloe vera is beloved as a treatment for sunburn and other skin irritation. But it’s also surprisingly effective at reducing hyperpigmentation.

That’s because aloe vera gel contains a compound called aloin, which has natural skin lightening properties. Another of its compounds, aloisin, is also thought to lighten the skin.

You can take aloe vera gel capsules or apply the gel topically. Capsules are believed to be more effective, but the topical gel is more readily available.

If you go the topical route, apply aloe vera gel to your skin every night before bed. Leave it on while you sleep, then rinse it off the next morning.

If home remedies aren’t cutting it for you, a chemical peel may be in order.

Chemical peels use various acids to remove the outer layer or layers of your skin. When these are removed, so are any surface-level imperfections in them, including hyperpigmentation.

Some chemical peels are available for home use, but if you’ve never had one before, it’s best to see a professional first. A dermatologist or esthetician can help you identify the best type of chemical peel and make sure it’s properly applied.

If you’re not up for experimenting or waiting and just want your hyperpigmentation gone, look into one of these high-tech treatment options.

Microdermabrasion is effective against mild hyperpigmentation that doesn’t extend below the epidermis.

During microdermabrasion, a doctor uses a special tool that’s tipped with diamonds, a wire brush or a similarly abrasive substance. As the device is run over your skin, it removes your epidermis, taking your hyperpigmentation along with it.

Multiple microdermabrasion sessions may be required to see results, and some people find the procedure uncomfortable or painful. However, it’s less invasive than many other professional treatments.

How’s this for a futuristic medical advancement: treating hyperpigmentation with nothing but the power of light.

Intense pulsed light therapy, or IPL, blasts your skin with short bursts of finely-tuned light. The light penetrates deep into your skin, producing heat that breaks up your melanocytes.

The melanocyte particles are then removed from your body via your lymph system. They may also rise to the surface of your skin where they can be removed with an exfoliant.

IPL can cause a slight burning sensation, but is considered to be one of the least painful in-clinic skin therapies. Unfortunately, due to its method of action, it’s only suitable for fair to light skin.

During laser resurfacing, your epidermis is removed, taking with it any superficial hyperpigmentation.

But the heat from the laser penetrates down into the lower layers of your skin. The heat destroys your extra melanocytes, lightening your hyperpigmented areas.

Laser resurfacing must be performed by a professional and comes with a risk of side effects. These include swelling, itching, redness, infection and scarring.

Multiple sessions are typically needed before results are visible. But because laser resurfacing destroys your melanocytes, it gets rid of your hyperpigmentation for good. 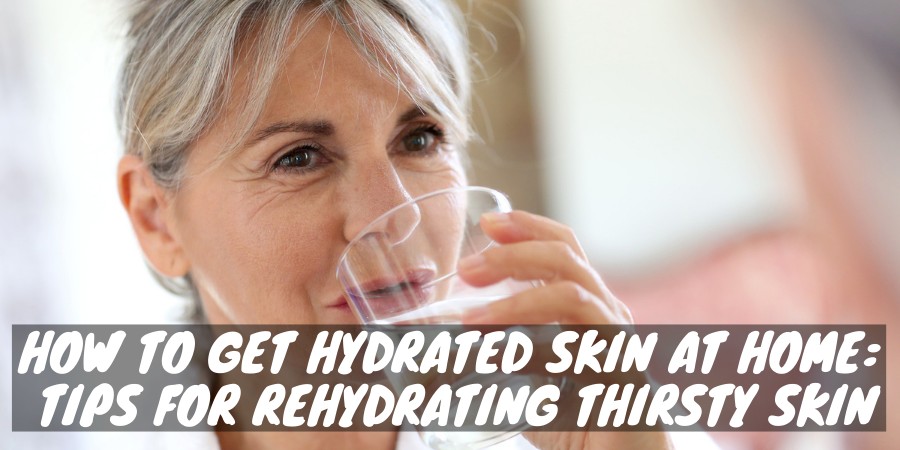 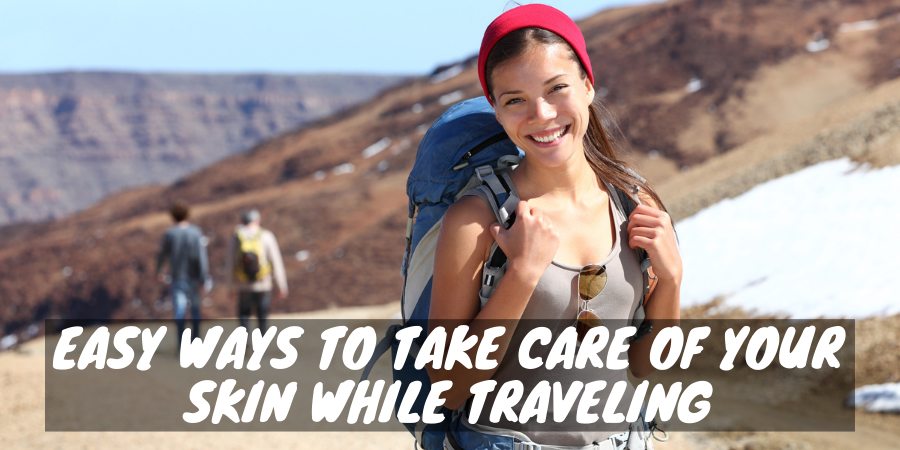 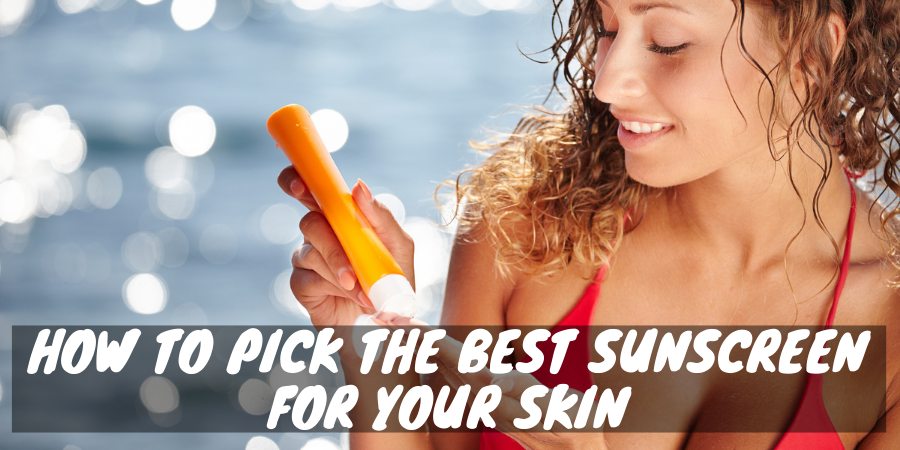 I’ve been a skin care professional for the past 14 years, helping people to look and feel amazing along the way! I’ve seen firsthand the transformative difference that beautiful skin can bring to a person’s life so I created this blog to share what I've learned. It's my sincerest hope that the information you find here is helpful and actionable. If you're interested in learning more about me, you can read my story here -- Skin Novus.